Dr. Phone Fix promises to fix cellphones, computers and iPads quickly so people can get on with their lives 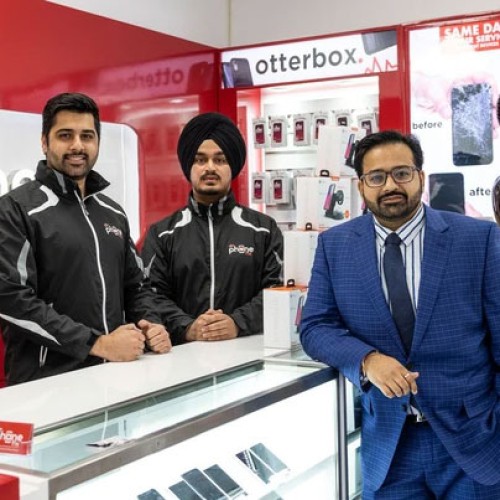 Dr. Phone Fix, which recently opened two offices in Saskatoon, is one of several businesses and nonprofits planning to relocate to the city in the coming years. The StarPhoenix interacts with Warren Michaels, Dr. Phone Fix's director of brand and business planning, about the company's objectives for the Canadian market.

Piyush Sawhney, who moved to Canada from India seven years ago, founded the first Dr. Phone Fix just over two years ago. He has been in the cellphone market for 15 years and currently has 24 Dr. phone fix shops throughout Western Canada.

Plans include the opening of 40 outlets by the end of the year, as well as one in Regina. The plan is to open one store every 2 to 3 weeks until there are 200 across Canada during the next few years. On May 17, Sawhney and Michaels, including other corporate officials, were in Saskatoon for a ribbon-cutting event at their north-end store. Michaels, who was brought up in Moose Jaw, was delighted to be back in Saskatoon, where he began his career as a reporter for CKOM in 1966.

Dr. Phone Fix is the fastest-growing smartphone and electronics repair service in Canada. We are opening one store every 3 weeks. We are a finalist or nominated for 13 of Canada's leading business awards in 2022. One of them is the Ernst and Young Entrepreneur Award. The Alberta Chambers of Commerce have several awards, one of which is for the fastest growing firm, for which we are a finalist. The company is currently a hot industry story in Canada.